The principle of environmental justice charges society and government with the responsibility to provide equal access to healthy food options for all citizens. Our review found socioeconomic, ethnic, and racial disparities in neighborhood access to fast-food outlets and convenience stores and demonstrated that much remains to be done before environmental justice is achieved. Neighborhoods where economically disadvantaged and minority populations reside were more likely to have abundant sources of foods that promote unhealthy eating. Previous reviews have shown that limited access to supermarkets and grocery stores in low-income neighborhoods may represent a significant barrier to the consumption of healthy foods.53 Excessive exposure to unhealthy food sources and limited access to healthier options may explain the high prevalence of obesity observed in these communities. Such associations have been described not only in the United States,54–56 but also in the United Kingdom,57–61 the Netherlands,62,63 Sweden,64 Australia,65,66 and Canada,67 where residing in a low-income or deprived area was independently associated with prevalence of obesity and with poor-quality diets.

Accessibility is a key determinant of consumption68–71 and can act as a barrier to or a facilitator for healthy eating,72 as well as a component of environmental justice. Accessibility of healthful food sources may lower the risk of overweight and obesity by facilitating healthier diets,73 and easy access to nutritionally inappropriate food sources may contribute to excessive and harmful weight gain.72 In general, fast-food outlets and convenience stores offer high-calorie foods,74 leading to higher total caloric intakes for their customers.75,76 Fast-food outlets are known for their convenient and affordable energy-dense foods.77 Convenience stores provide mostly prepared, high-calorie foods and a limited choice of fresh but expensive produce.9,72,78 Fast-food outlet patrons have been shown to consume large portion sizes and to significantly underestimate the caloric content of the foods they eat, particularly for calorie-rich foods.79

Policy initiatives such as calorie labeling in fast-food restaurants are intended to help consumers make informed menu choices.80 However, assessments of the effectiveness of these regulations have yielded inconsistent results. In New York City, a study comparing purchasing patterns before and after the regulation was implemented reported that fast-food consumers living in low-income neighborhoods were less likely to use the calorie information.81 Furthermore, the use of the calorie information by low-income customers was not associated with the purchase of meals with lower caloric content.81 Another New York City study found no clear reduction in mean energy content of lunchtime purchases for all menu items in the full sample of fast-food chains examined. However, the regulation appeared to exert a positive effect on energy intake in 3 of the sample’s 13 fast-food chains.82 In King County, Washington, a study of a Mexican fast-food chain found no change in mean calories purchased after calorie labeling was implemented.83 A study in Pierce County, Washington, evaluating labeling in a small convenience sample of full-service restaurants showed that customers who used the calorie information reduced their orders by an average of 75 calories.84

Despite these inconsistent results, calorie-labeling initiatives may encourage fast-food outlets to improve their menu offerings and promote lower-calorie items. More studies are needed to assess the potential impact of repeated exposure to such regulations on long-term consumer purchasing patterns and their impact on environmental justice.

Other initiatives, such as public–private partnerships to introduce supermarkets to underserved areas, offer promise. For example, the Pennsylvania Fresh Food Financing Initiative found that adding a supermarket to an underserved area increased availability of healthy foods in the community.85

The emergence of so-called urban food deserts—areas with limited access to healthful food sources and high levels of racial segregation and income inequality—mandates public health intervention. Improved transportation in low-income neighborhoods, thus improving access to healthful foods; mobile markets to bring fresh produce into communities; and direct incentives for food retailers to locate near low-income communities, such as zoning allowances, tax holidays, or tax rebates, are among proposed strategies for a more equitable distribution of healthful food sources.86 Increased access to supermarkets, increased availability of healthy food choices, policy initiatives to encourage healthier menu offerings in fast-food outlets, and nutrition education in the community may work synergistically to reduce the risk of obesity and improve dietary quality in these populations. However, the differences in results across racial/ethnic, socioeconomic, and national boundaries reported by the studies we reviewed demonstrate that no one-size-fits-all solution exists for the problem of environmental justice. Each situation has its own regional flavor and requires flexible strategies at the national and local level to effect positive change.

Our database search did not include sociological abstracts or the science and social science citation indices of the Web of Science. Nevertheless, the multiple databases we used encompassed the sociological literature, making the likelihood of missed articles small. Our definition of environmental justice included “meaningful involvement of all people.”1(p1) Despite its importance, addressing this integral component of environmental justice was beyond the scope of this article. We strongly encourage further research into how community involvement may be strengthened.

Conclusions about cause and effect could not be established because most of the studies in our review were cross sectional. Therefore, other environmental and genetic causes of obesity and poor dietary quality in these populations cannot be ruled out as confounders. Not all studies employed buffering techniques, which are the most accurate methods available for defining impact areas.87 This may explain the disparate results observed in some international studies that relied on secondary data to describe the food environment.

Description of the food environment involves the identification of specific types of outlets and their location; it has therefore been recommended that a field validation be conducted or that multiple data sources be used to increase the quality of the results.88 No studies conducted outside the United States followed these recommendations. Some studies were limited to large fast-food chains. Other fast-food sources, such as small corner stores (e.g., bodegas and Asian food markets) were not considered in many of the studies, which could have caused underestimation of convenience stores, which are overrepresented in low-income and minority neighborhoods.89

In some cases, the lack of standardized methodology hindered direct comparison of results. For example, in 2 studies of the food environments in Hispanic and African American neighborhoods in New York City, use of buffering techniques in one but not the other may explain their differing findings.28,34 Fast-food or total dietary intake, and home availability of energy-dense foods, were not objectively assessed, limiting our ability to determine whether the physical presence of fast-food outlets and convenience stores could be translated into an increased consumption of energy-dense foods. Nevertheless, current evidence suggests that easily accessible fast-food outlets and convenience stores may result in greater consumption of unhealthy foods and higher energy intake.90

Studies on store food quality have demonstrated the impact of in-store availability and price of energy-dense snack foods on purchase and consumption choices.91 Prospective studies that objectively measure the dietary intake of healthy foods in relationship to proximity to fast-food outlets and convenience stores; reliable, standardized methods for measuring density of and proximity to fast-food sources; and inclusion of small corner stores in similar studies are all needed.

The impact of neighborhood design on residents’ health has become a focus of research interest.26 Results from these studies have led the environmental justice movement to expand its concerns beyond the unequal distribution of environmental hazards to issues of public health, such as obesity.92 Low-income and racial/ethnic minority populations have substantial environmental challenges to overcome to make healthy dietary choices and to maintain a healthy body weight.53

The disproportionate distribution of food sources that contributes to the development of unhealthy behaviors among these communities and the consequent disease burden deeply affect not only individuals and families, but also society as a whole. Environmental justice will be achieved, says the Environmental Protection Agency,

when everyone enjoys the same degree of protection from environmental and health hazards and equal access to the decision-making process to have a healthy environment in which to live, learn, and work.93

This principle of fairness and equity needs to be reflected in neighborhood environments that facilitate healthy food choices for all societal strata. This should include public–private partnerships to increase access to healthy foods in underserved areas and the participation and accountability of the community in formulating public policy and environmental decisions. Nutrition education, including learning to understand food and menu labels, could help residents of low-income communities to make healthier choices. These innovations could help reduce neighborhood inequalities, enhance environmental justice, and promote lifelong healthy eating habits, optimum health, and vibrant communities. 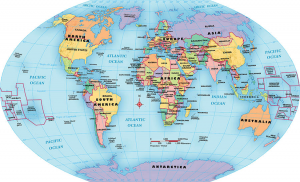 There are resources in every part of the globe, most are naturally provided. Unfortunately, the greed of man has extracted and exploited specific resources to give an advantage of power over others. Consequently there is no parity in the life of mankind. Zip Code Parity is a parody on bridging the gap of greed. Specifically, […] 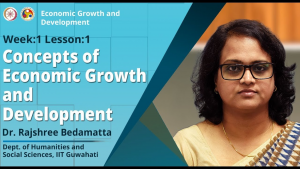 Concepts of Economic Growth and Development